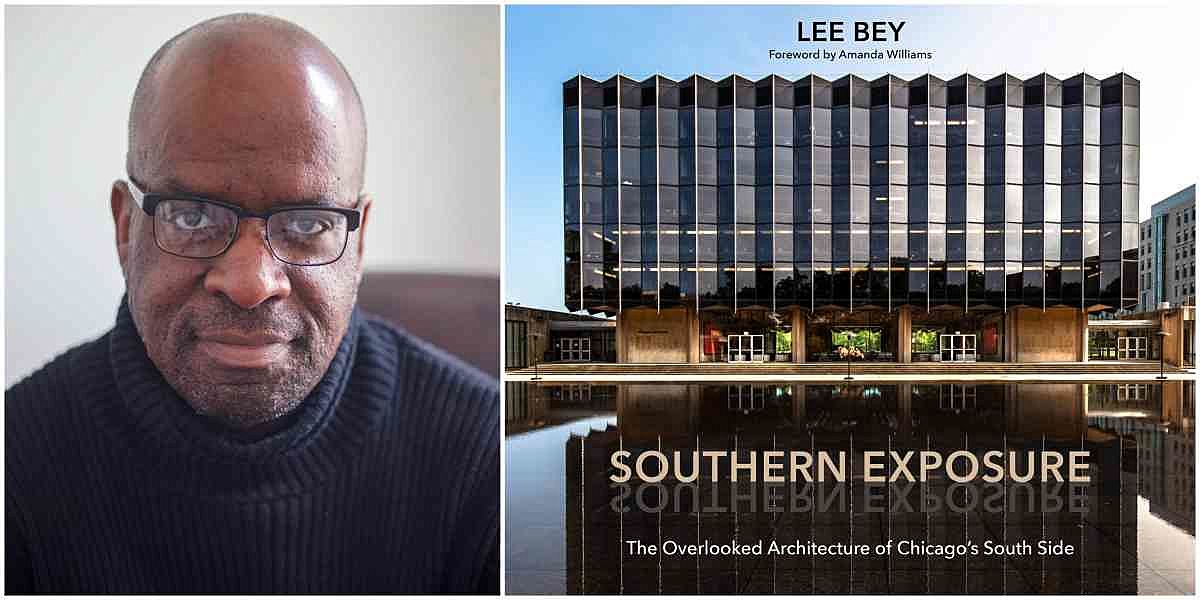 "I can't decide whether I like Lee Bey's photography best, or the open-faced clarity of his writing, but either way, this is a book Chicago needs—an overdue public embrace of the South Side for those who know it, and an introduction for those who don't. Using the area's overlooked architecture as a way into its history and its people, he reveals treasures for the new Chicago."—Thomas Dyja, author of "The Third Coast: When Chicago Built the American Dream"

Lee Bey discusses "Southern Exposure: The Overlooked Architecture of Chicago's South Side." A Q&A and signing will follow the discussion.

About the book: "Southern Exposure: The Overlooked Architecture of Chicago’s South Side" is the first book devoted to the South Side’s rich and unfairly ignored architectural heritage. With lively, insightful text and gallery-quality color photographs by noted Chicago architecture expert Lee Bey, "Southern Exposure" documents the remarkable and largely unsung architecture of the South Side. The book features an array of landmarks—from a Space Age dry cleaner to a nineteenth-century lagoon that meanders down the middle of a working-class neighborhood street—that are largely absent from arts discourse, in no small part because they sit in a predominantly African American and Latino section of town better known as a place of disinvestment, abandonment, and violence.

About the author: Lee Bey is a photographer, writer, lecturer and consultant whose work deals in the documentation and interpretation of the built environment—and the often complex political, social and racial forces that shape spaces and places. His architectural photography has appeared in magazines such as the New York Times, Architectural Digest, Chicago Architect, and in international design publications such as Bauwelt, and Modulør, both published in Germany. A former Chicago Sun-Times architecture critic, Bey’s writing and reporting on architecture and urban design have been featured in Architect, Chicago, Architectural Record, The Houston Chronicle, Crain’s Chicago Business, and CBS2 News Chicago. Bey is the author of "Southern Exposure: The Overlooked Architecture of Chicago’s South Side" (Northwestern University Press, October 2019), a book that showcases his writing and photography. Bey, who served as deputy chief of staff for architecture and urban planning under former Chicago Mayor Richard M. Daley, is also a sought-after expert on architecture, architectural history and the development of cities. He has been interviewed by a range of media outlets on the subject, including The New York Times, The Chicago Tribune, CityLab, and That Far Corner: Frank Lloyd Wright in Los Angeles, produced by KCET-TV in Los Angeles. He has lectured before audiences at the University of Hamburg, University of Michigan, the Art Institute of Chicago, the 2019 New York Statewide Preservation Conference, and more.