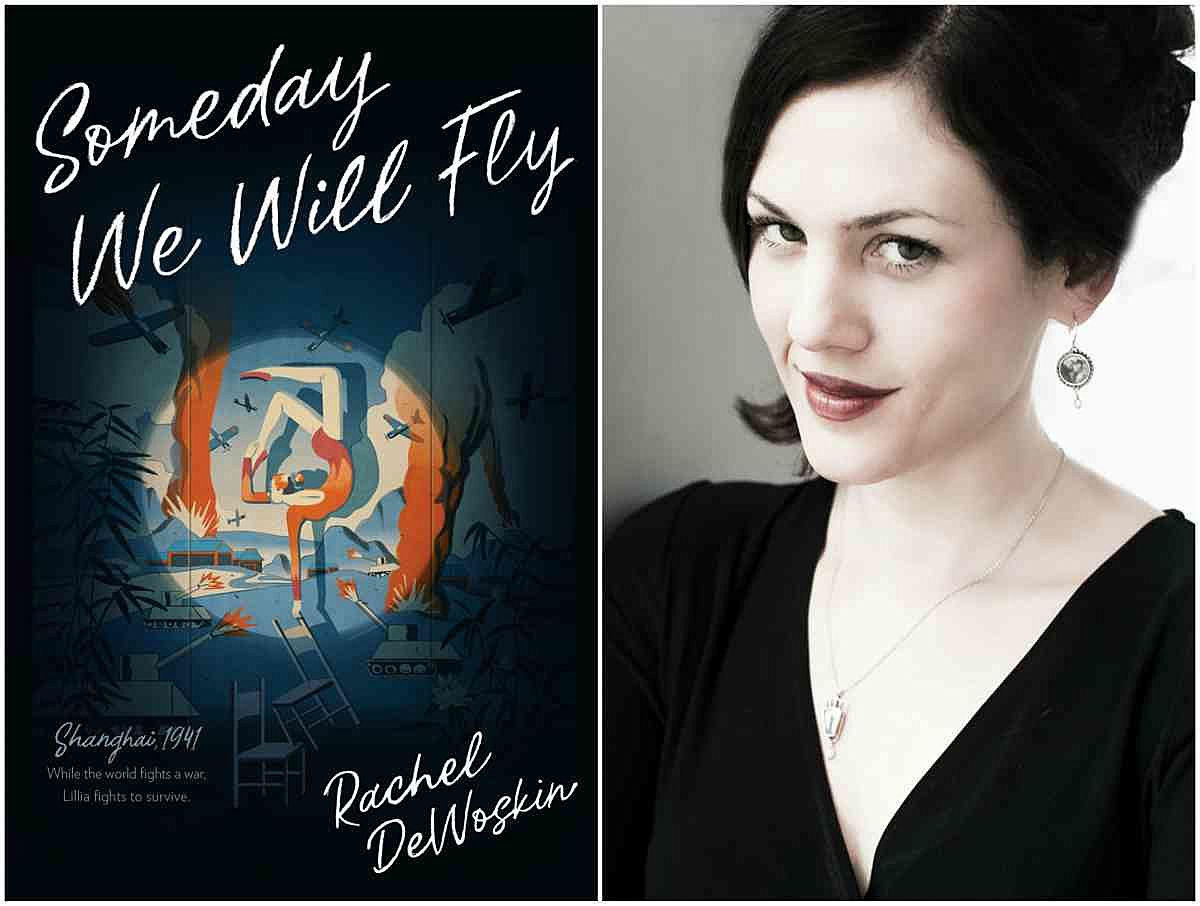 Rachel DeWoskin - "Someday We Will Fly"

Rachel DeWoskin - "Someday We Will Fly"

Rachel DeWoskin’s storytelling features an extraordinary combination of curiosity and kindness, on top of a belief that everyone can have an impact on the world they find themselves in. "Someday We Will Fly" is a powerful, adventurous story... I could not put it down." — Aleksandar Hemon. Rachel DeWoskin reads from and discusses her new novel, "Someday We Will Fly". She will be joined in conversation by Rachel Cohen. Presented by the Seminary Co-op in partnership with UChicago Creative Writing & Poetics.

About the Book: Warsaw, Poland. The year is 1940 and Lillia is fifteen when her mother, Alenka, disappears and her father flees with Lillia and her younger sister, Naomi, to Shanghai, one of the few places that will accept Jews without visas. There they struggle to make a life; they have no money, there is little work, no decent place to live, a culture that doesn't understand them. And always the worry about Alenka. How will she find them? Is she still alive?

Meanwhile Lillia is growing up, trying to care for Naomi, whose development is frighteningly slow, in part from malnourishment. Lillia finds an outlet for her artistic talent by making puppets, remembering the happy days in Warsaw when her family was circus performers. She attends school sporadically, makes friends with Wei, a Chinese boy, and finds work as a performer at a "gentlemen's club" without her father's knowledge.

But the conflict grows more intense as the Americans declare war and the Japanese force the Americans in Shanghai into camps. More bombing, more death. Can they survive, caught in the crossfire?More information

About the Author: "Someday We Will Fly" is Rachel DeWoskin’s fifth novel, forthcoming from Penguin this January. Her critically acclaimed novel, "Blind", was published by Penguin in 2014 and is a Library Guild and an Illinois Reads selection. Her novel "Big Girl Small" (FSG, 2011), received the American Library Association’s Alex Award and was named one of the top 3 books of the year by Newsday. DeWoskin’s memoir, "Foreign Babes in Beijing" (W. W. Norton, 2005), about the years she spent in China as the unlikely star of a Chinese soap opera, has been published in six countries, optioned by Paramount, HBO and the Sundance Channel, and is now in development at BBC America, where DeWoskin is co-writing a TV series based on the book. DeWoskin’s debut novel "Repeat After Me" (Overlook Press, 2009), won a ForeWord Magazine Book of the Year Award. Her essays and articles have appeared in The New Yorker, Vanity Fair, The Sunday Times Magazine of London, Teachers and Writers, and numerous anthologies. Her poems have been published in journals including Ploughshares, Seneca Review, New Delta Review, Nerve Magazine, The New Orleans Review, and collections including "The Helen Burns Poetry Anthology: New Voices from the Academy of American Poets". She is on the core fiction faculty and is an affiliated faculty member of Jewish Studies and East Asian Studies at the University of Chicago.

About the Interlocutor: Rachel Cohen is the author of "A Chance Meeting" and "Bernard Berenson: A Life in the Picture Trade". In her work she draws on biography, art history, literary criticism, and the lyric essay. Cohen has written for publications including The New Yorker, The Believer, Apollo Magazine, Art in America, The New York Times, The Guardian, The Threepenny Review, Bookforum, A Public Space, VQR Online and the London Review of Books. Her essays have been anthologized or republished by Best American Essays, the Pushcart Prize Anthology, the Australian Financial Review, The Utne Reader, Contreligne, Documentum, and Galerie Miejska. She has won the PEN / Jerard Fund Award, and been longlisted for the PEN/ Martha Albrand Award, the Guardian First Book Prize, and the JQ Wingate prize. Cohen has received fellowships from the Guggenheim Foundation, the New York Foundation for the Arts, and the MacDowell Colony.