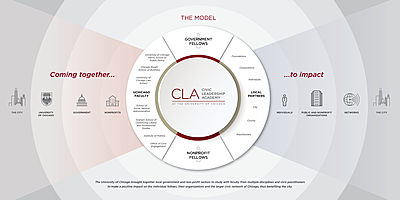 An evaluation of the first three years of the Civic Leadership Academy demonstrated how the interdisciplinary program benefits individuals, organizations, and Chicago’s civic network.

Created in 2014 by the University’s Office of Civic Engagement, in partnership with LISC Chicago, Civic Consulting Alliance, the City of Chicago and Cook County, CLA develops a pipeline of promising leaders to help local nonprofits and government agencies thrive. The program is now based at Harris Public Policy.

Key findings of the evaluation include:

The evaluation was funded by JPMorgan Chase, which in September 2017 made a $40 million commitment to help drive inclusive growth in underserved Chicago neighborhoods.

Visit link
Back to Impact 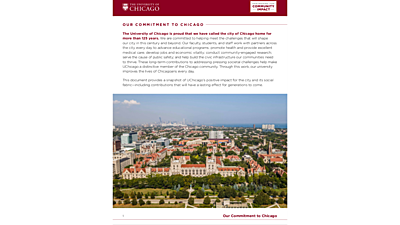 Our Commitment to Chicago

This document provides a snapshot of UChicago’s positive impact for the city and its social fabric—including contributions that will have a lasting effect for generations to come. 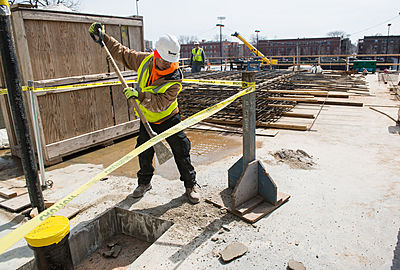 This annual report is designed to not only provide a culmination of goal progress at the close of Fiscal Year 2020 (July 1, 2019-June 30, 2020) on projects in construction during that timeframe, but provide some insights as to exactly how ICI has impacted the minority and women-owned contracting community along with local hires. 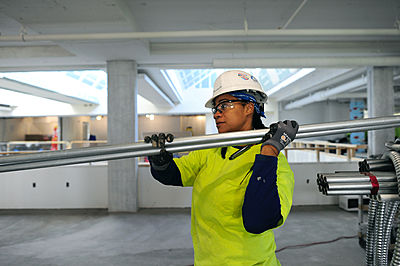 The UChicago Inclusive Construction Initiative is a joint effort between the University of Chicago Office of Civic Engagement, Facilities Services, and UChicago Medicine to create economic opportunities for minorities, women, and local residents through our campus construction and renovation projects.