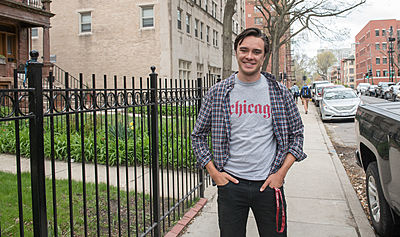 When he started working with the Hyde Park Learning Resource Center three years ago, third-year English and Environmental Studies major Patrick Dilworth saw himself in the young people the center supports. The elementary school and junior high school students struggled with some of the same academic issues he’d dealt with as a child.

“I had people who came and helped me be a better student and without them I wouldn’t have gotten into a school like the University of Chicago,” Dilworth says. “And to think that I’m getting to have that same impact on students is really fulfilling for me.”

For 45 years, the Office of Civic Engagement’s Neighborhood Schools Program has placed UChicago students like Dilworth in roles such as tutors, teaching assistants, administrative interns, and preschool specialists at schools and other partner sites across Chicago’s South Side.

During the pandemic, Dilworth has shifted from being on site supporting the young students who come to the center from various nearby Chicago Public schools for after-class academic assistance and care to offering homework help in small groups over Zoom — though he misses playing basketball with the students on the center’s backyard court afterward.

Working with a range of age groups and getting to know the same students over the years and watch them grow and mature academically has been particularly meaningful, Dilworth says:

“Being able to not only have a good time hanging out with these really hilarious and great kids but also to be able to help them along in the same way that people helped me along growing up — that’s been the biggest part for me.”

The relationships the program builds, Hyde Park Learning Resource Center Founder and Executive Director Lillie Goodwin says, are mutually beneficial. For local students, it’s a way to offer critical one-on-one or small group attention and introduce relatable role models. For University students from across the country and around the world, it’s a way to get to know South Side schools, organizations, and residents on a deeper level.

“[Before the pandemic] as opposed to just having three staff to deal with 20 or 25 children, we would have, on any given day, three staff and two or three students from the University that came in and supported us and you could breathe and feel the difference with them here to pick up the slack,” Goodwin said. “[With the pandemic and adjusting to working over Zoom], once again, Patrick and the other students come to our rescue and pick up the slack. Sometimes it might be just one child out of sorts and we’re just bouncing around, trying to get through the body of work, and they can take that child and spend time with that child — it’s invaluable.” 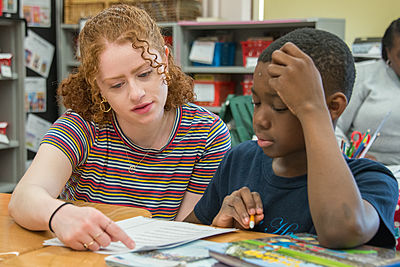