For Myetie Hamilton, the Civic Actor Studio (CAS) pilot couldn’t have come at a better time.

CAS, a partnership between Court Theatre and the Office of Civic Engagement, is a leadership retreat based on an innovative tool developed by executive coach Barbara Lanebrown and adapted by Harry L. Davis, the Roger L. and Rachel M. Goetz Distinguished Service Professor of Creative Management at the Booth School of Business.

The tool draws on methods theater directors use to help their actors convey clear, resonant messages, and adapts those methods to guide South Side civic leaders in exploring their own capabilities to interact with different constituencies. By showing participants ways to work more effectively as individuals to move their organizations forward, and nurturing the development of new relationships among participants that can lead to collaboration between organizations, CAS builds stronger leaders and stronger communities.

When the first phase of CAS launched in the fall of 2019, Hamilton was a few weeks from starting a new job as executive director of City Year Chicago; she also serves as board chair of the Provident Foundation, a member of UChicago’s Community Programs Accelerator. During an intensive four-day retreat, Hamilton and other leaders from nonprofits, foundations, media, and the University read and discussed the Greek tragedy Antigone, examining its themes of justice and fate and the leadership attributes of its characters. Theater exercises helped participants access the characters they contain within themselves that can be helpful to them in multiple work scenarios.

“CAS was transforming in the sense of looking at yourself as a leader through a different lens. I see opportunities for collaboration with some of the others in the space, and ways that we can maximize our impact by working together.”

Hamilton says she’ll use what she learned as she works with volunteers, staff, board members, and other constituents in her new job. “The greatest takeaway was around being intentional in how you show up in different situations — what character do you need to show up as in order to be most effective? 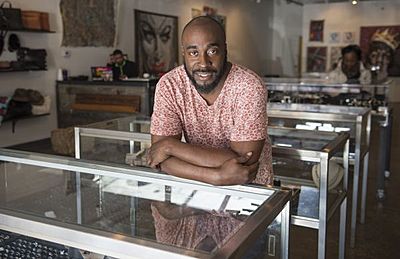