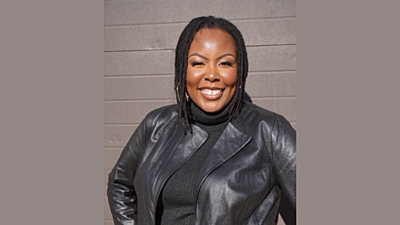 Much of Jhmira Alexander’s work as the executive director of nonprofit Public Narrative revolves around bringing people from various corners of Chicago’s journalism and nonprofit sectors together. As a participant in the University of Chicago’s Civic Actor Studio leadership retreat, she found the program’s theater-centric approach to be valuable.

Alexander, through the retreat’s exercises and discussions, began thinking about the different “characters” she encounters through her work as well as those she contains as a leader and reflecting on how those unique parts of herself could better engage with those stakeholders to create deeper community impact.

“Being able to identify the roles each of those ‘characters’ play helped me,” Alexander, who lives in Woodlawn, said. “Recognizing that there are characters that I’m very familiar with and there are others that come into the picture that I’m not so certain of and being able to figure out where they each fit—I felt like I was meeting the fullness of myself as a leader really for the first time.”

That mindset, framing leadership as a performing art complete with characters and stages, is at the heart of the Civic Actor Studio. The unique four-day leadership retreat, launched in 2019 and led by the University’s Office of Civic Engagement (OCE) and the Court Theatre, invites established and emerging civic leaders like Alexander to examine the various leadership roles they play through theater-based exercises, discussions, and creating scenes onstage. Alexander was among the 21 local leaders nominated to participate in the retreat’s third cohort, which consisted entirely of education professionals. Fellow cohort members included Chicago Public Schools administrators, arts educators, and education nonprofit leaders, among others.

“The activities really cultivated that connection,” she said. “I certainly wasn’t expecting it going into this experience but I felt like I could trust them with more personal stories and experiences in my own leadership so it opened the door for greater vulnerability. It really made you feel like you were at home among like-minded people who, if they aren’t in the same situation now, they’ve been there, and they have some wisdom to contribute.”

Public Narrative, which Alexander has led since 2018, helps journalists and nonprofits to tell better, more equitable stories through training, workshops, and engagement events. Alexander says she came into the Civic Actor Studio with a variety of ideas regarding her work that she needed help thinking through and fleshing out. She was also eager to connect with fellow civic leaders after an isolating year. Alexander says the experience delivered, offering her fresh perspectives on how to tackle complicated challenges and a network of new contacts across diverse areas of work she’s already hoping to partner with again soon.

“I see the Civic Actor Studio as a space where leaders can come and cultivate how to navigate difficult conversations and circumstances without wavering and without compromising the integrity of their leadership. It challenged each of us to step outside of our comfort zones,” Alexander said. “This experience really emphasized that at every level, at every stage, there’s so much development that needs to happen, and there’s so much compassion that we have to have with each other in order to see the fullness of what we can accomplish together.”