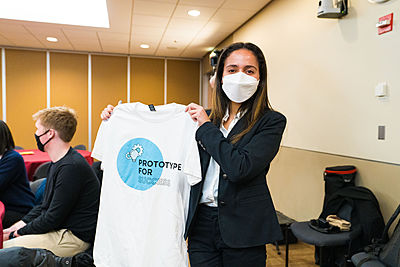 Antonio Castano perked up at the first discussion question posed to the inaugural cohort of Prototype for Success, a new program designed to prepare University of Chicago undergraduates for careers as leaders in emerging tech.

“Will electric vehicles take over the car market in the next 10 years?” Matt Hebron, program director for careers in engineering in the University’s Office of Career Advancement, asked the three dozen freshmen gathered for the program kickoff in late January.

The students, seated at tables in Chicago Booth’s Harper Center, conferred in small groups, then Castano took the mic to explain why he thinks not.

“Even though in some urban areas we have seen that superchargers can be viable with the grids they have built up, in terms of the shipping industry throughout the U.S. interstate system it is going to be pretty difficult to set up infrastructure over thousands of miles in the next 10 years that can support mass EV commercialization,” said Castano, a 19-year-old freshman from Long Island who plans to study molecular engineering.

Castano, who in his youth has thought a lot about renewable energy solutions, exudes the kind of ambition the University hopes to nourish with Prototype for Success, a three-year program that gives early and continued support to promising students aspiring to entrepreneurial or leadership positions in science, technology, engineering, and math (STEM).

The competitive program is open to all incoming freshmen, and highly encourages applications from Black, Hispanic, and female students, who are under-represented in high-growth, highly remunerated STEM fields. Of the 36 students in the inaugural cohort — selected from more than 120 applicants — more than half are women and three-quarters are either Black, Hispanic, or Odyssey Scholars receiving need-based scholarships.

This story was first published by Polsky Center for Entrepreneurship and Innovation. 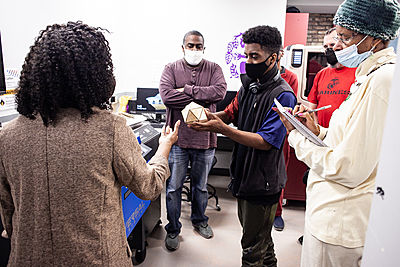 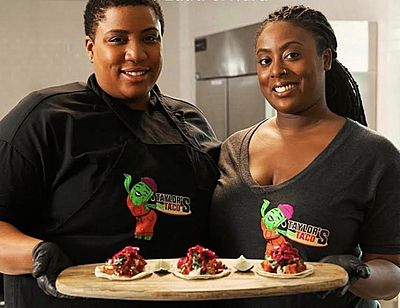 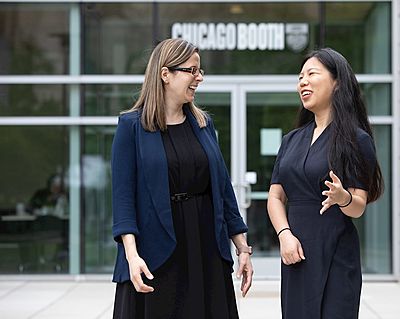