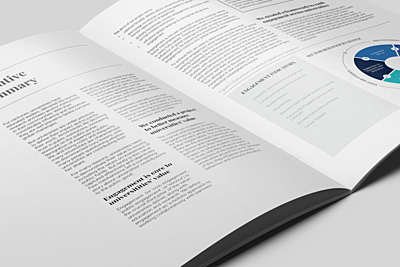 Universities should work to measure and elevate their societal impact through prominent channels such as global university rating guides, a new report recommends.

The report, coauthored by the University of Chicago’s Vice President of Civic Engagement and External Affairs Derek R.B. Douglas and senior representatives of King’s College London and the University of Melbourne, proposes a new framework to measure, evaluate, and promote the societal impact of universities. The coauthors suggest that by examining and rewarding engagement in this way, universities will be motivated to ensure more of their activities and resources benefit local communities and wider society, while better showcasing the existing benefits they produce. The group, with support from the international managementconsultancy Nous Group (Nous), has been developing this framework since 2017. The recommendations were based on input from higher education and engagement experts, feedback from consultations around the world, and three pilot studies with 20 universities across six continents.

The report considers societal impact as a central benefit that universities offer, alongside education and research. The framework as proposed is built around eight indicators of engagement, including the proportion of both students and staff who participate in volunteering programs, senior university leadership’s demonstrated commitment to the principle of engagement, assessing the university’s spending on procurement that has a social benefit, and how they are viewed by partners, including community-based organizations and government partners, among other factors.

In light of the COVID-19 pandemic, as well as ongoing economic upheaval and calls for racial justice, universities around the world have made extraordinary efforts to confront societal challenges and support their local communities in recent months, demonstrating the positive role universities can play and are playing globally. The current moment highlights how important this type of holistic engagement mechanism could be for a range of university stakeholders going forward, particularly as the higher education landscape continues to change.

At UChicago, those efforts have included the COVID-19 Community Support Initiative, which launched in late March and is providing 300,000 meals to community members struggling with food insecurity as well as $1.3 million in emergency bridge grants and operational support to more than 200 small businesses and 79 community-based nonprofits on Chicago’s South Side.

“Universities are often the anchor institutions in their communities and as such they have the ability to make a tremendous positive impact,” Douglas said. “The framework this report is proposing would provide a concrete way to measure that impact and encourage universities to not only invest further in engagement at a time when societal needs are most pressing, but also make it central to their identity as an institution.”

Coauthor Julie Wells, Vice-President, Strategy & Culture, The University of Melbourne, said: “Universities take an active role in the intellectual, cultural, social, and economic lives of their communities. This is understood across campuses globally, reflected by policymakers and felt by university constituents, though remains conspicuously absent in global conversations about excellence. This project is designed to advance our thinking about how universities might demonstrate the value of engagement, and, with more than 20 universities participating in pilot studies, it has provided some great learnings about how different universities around the world are creating value in partnership with their communities.”

Coauthor Jonathan Grant, vice president and vice principal (service) at King's College London, said: “At a time when universities in many countries are seeking support from governments and taxpayers to mitigate the impacts of COVID-19, there is a real need for the higher education sector to better demonstrate the myriad benefits it brings to society. A new rankings system that properly quantifies these benefits would reassure the public and students that they are getting value for money, as well as incentivizing institutions to do more for communities and societies around the world.”

The release of these recommendations is just the beginning of this effort, the coauthors write. Next steps include continuing to build a global community of engagement experts who can share best practices and ideas, seeking partners to help take the project into its next phase, and exploring other avenues of collaboration to measure and promote engagement in the higher education sector.

“We hope this will advance a global conversation to re-position universities with civic engagement as a core part of their mission,” the report says.