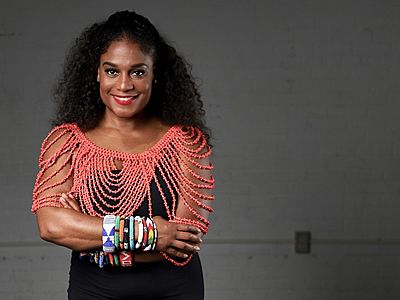 The University of Chicago’s Reva and David Logan Center for the Arts announces the appointment of Princess Mhoon as the new Strategic Program Manager to lead its Chicago Black Dance Legacy Project, which celebrates the impact of Black dance in the performing arts and provides critical financial and operational support to Chicago-based Black dance makers.

“Princess, a Chicago gem and powerhouse, is returning home! I am grateful the Chicago Black Dance Legacy Project will be under Princess’s very capable leadership and excited to witness her mastery at work,” says Regina Perry-Carr, Artistic Director of Muntu Dance Theatre of Chicago.

Mhoon, a leader in the field of dance, brings more than 20 years of experience in producing, directing, choreographing, performing, researching, writing, and arts programming. Her insights as a seasoned arts administrator and entrepreneur will directly serve the project's objectives, which include enhancing the visibility and sustainability of the eight dance companies, advancing professional and avocational dance training programs on the South Side, and building audiences and bolstering company connections through cooperative communications strategies and collaborative programming. Mhoon is also uniquely positioned to identify and assess the needs of the eight companies from the perspective of an artist, as Mhoon has studied or performed with five of them.

Mhoon’s parents, pioneering members of Muntu Dance Theatre and Najwa Dance Corps, seeded a powerful affinity for dance during her childhood that eventually led her to train with Alyo's Children's Dance Theatre, Muntu Dance Theatre, and Joseph Holmes Dance Studio of Chicago. She also studied with Najwa Dance Corps, the Joel Hall Dance Center, and under the tutelage of Homer Bryant of the Chicago Multicultural Dance Center. As a student at Howard University, Mhoon studied extensively under Kevin Iega Jeff of Deeply Rooted Dance Productions and went on to perform as a guest artist with the company.

"To join the Chicago Black Legacy Dance Project is the continuation of my lifelong commitment to the field of dance and a way to pay forward the gifts that were given to me,” says Mhoon of her appointment. “As a native Chicagoan, I come from a rich community of art makers and icons, and it is my commitment to expand their reach and amplify their voices during my tenure with the project."

Born and raised on Chicago’s South Side, Mhoon’s exposure to and engagement with the arts began early, during a pivotal era of arts-driven activism known as the Black Arts Movement (BAM). A sister movement to the political and social Black Power Movement of the 60s and 70s, BAM thrived from 1965-1975 in cities across New York, Detroit, San Francisco, and Chicago. This cultural movement produced some of the nation’s most celebrated and influential dramatists, poets, musicians, visual artists, authors, and dancers.

“Chicago has nurtured significant connections between powerful art and revolutionary change,” says Emily Hooper Lansana, Director of Community Arts at the Logan Center. “These roots continue to impact the growth of heartfelt and groundbreaking work.”

Mhoon’s experience with the vibrant Chicago Black dance community propelled Mhoon into a glittering career with commissions from the Kennedy Center for the Performing Arts and the DC Jazz Festival, invitations to perform and teach in 2015 at the renowned Zambian-led Barefeet Theatre Festival and participate in First Lady Michelle Obama’s 2016 Celebration of Black Women in Dance, and the opportunity to serve as a panelist for The White House Initiative on Educational Excellence for African Americans during Women's History Month.

Mhoon’s work as a choreographer, producer, educator, and scholar has earned her many accolades, including a 2015 Helen Hayes Awards nomination for Best Choreography in a Musical and winner for Best Musical. She has been called a visionary of her generation, and was recognized by The Huffington Post in their 2015 “26 Female Choreographers You Should Know” list and Dance Magazine’s 2006 “Top 25 to Watch.” Mhoon was also recognized as a Black Girl Changemaker by the Obama Administration.

“I’ve watched this Chicago native grow from an exuberant young dancer into a world-class dance artist,” says Kevin Iega Jeff, Co-Founder, Deeply Rooted Dance Theater, and Creative and Executive Director of Deeply Rooted Dance Productions. “I’ve watched her journey through the rigors of higher education at Howard University with brilliance. I’ve seen her inspire artists and administrators to collective vision. Because of this and more, Princess is a welcome addition to the Chicago Black Dance Legacy Project leadership team and I’m beyond excited to work with her.”

Mhoon spent many years in Washington, DC, earning a BFA and then a Master’s in Public History from Howard University. Her academic research focuses on dance history, American performance, and the African-­American experience in dance. During her time in DC, Mhoon founded the Princess Mhoon Dance Institute, an organization whose vision is reflective of Mhoon’s artistic trajectory: the engagement of dance as a catalyst for personal, professional, and artistic development.

“We utilize the power and process of dance to nurture people and communities holistically,” says Mashaune Hardy, Assistant Director of Partnerships and Strategy for Logan Center Community Arts, and Business Manager of Ayodele Drum and Dance. “Princess comes from that same process and I'm excited to see her align the Chicago Black Dance Legacy Project with that spirit.”

Mhoon is coming onboard during a particularly challenging moment for the dance community: the return to the studio and live performance.

A year of significantly reduced revenue due to pandemic-imposed cancellations and reductions of performances, workshops, and classes has had a deleterious impact on the performing arts industry as a whole. Communities of color and the arts organizations within them have been hit particularly hard. Economic disparities between Black arts organizations, underpinned by historical inequities in philanthropy, were exacerbated by COVID-19. As highlighted in the 2019 study “Mapping the Dance Landscape in Chicago,” the city’s philanthropic dollars flow in a decidedly inequitable manner. Of Chicago’s total dance funding—from foundations, government, and private donors—56% was awarded to only three recipient dance companies. More than half of available philanthropic dollars in Chicago’s dance community support organizations that are predominantly white, well-resourced, and less vulnerable to unprecedented disruptions like the pandemic.

Despite such persistent economic obstacles, Chicago’s dance sector has continuously demonstrated its agility and ingenuity. Each of the Chicago Black Dance Legacy companies, like many in the field in response to the pandemic, retooled its programming for digital and distanced experiences, finding creative ways to maintain patron engagement, reach new audiences, and generate revenue where possible.

As these companies look to the future, there are new issues to tackle, issues that often come with their own thorny set of questions. For example, how does a dance company continue to serve the devoted audiences it cultivated in the digital space while simultaneously returning its work to physical space? How can they identify new resources to reignite momentum on our traditional stages while maintaining the benefits gained from a year of artistry performed online?

“Over the last twelve months, these eight companies have shared best practices and supported each other in demonstrating the resilience of Chicago’s Black Dance community,” said Bill Michel, Executive Director of the Logan Center, “I am excited to see what will be possible as they continue to work together in partnership with Princess and my colleagues at the Logan Center to continue to respond to the present moment and demonstrate the power of the arts to build community and impact social change.”

As the dance community waits for the city to reopen, the Chicago Black Dance Legacy Project continues to offer engaging content to dance lovers with three new series. The Legacy Conversation Series provides a glimpse into the history, culture, and artistic vision of the project’s eight diverse dance companies. Each monthly, moderated conversation presents a vital opportunity to delve into the stories of creative leaders and their companies, and the significant impact their legacies have made in Chicago and beyond. These conversations are accompanied by the Masterclass Series, a historic monthly series of free masterclasses with instructors from the eight companies. Each monthly masterclass features a free opportunity to learn with premiere teachers who will present unique dance styles that celebrate the distinctive identities of each company. From March 29–April 1, the Spring Break Class Series will offer free classes for youth aged 10- to 18-years-old with instructors from the project companies.

Legacy Conversations recordings and event registrations can be found at chicagoblackdancelegacy.org/events. 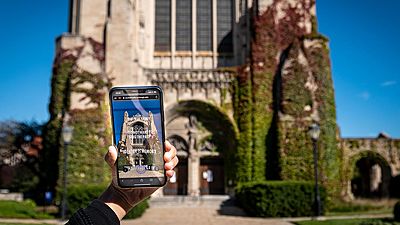 YOU BE MY ALLY spotlights distinctive curriculum, get-out-the-vote effort 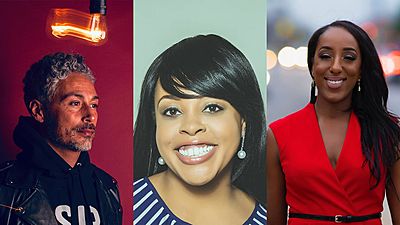 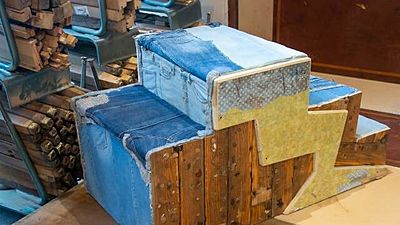 Hundreds of desks, chairs, tables, and bookshelves became raw material for John Preus' art after he retrieved them from Chicago Public Schools that were closed in 2013, keeping alive conversations about what school closings have meant to communities.