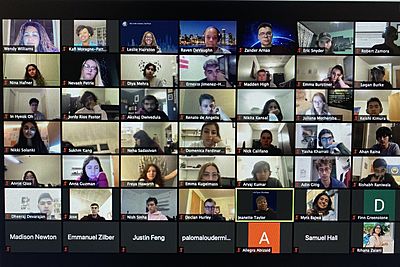 During the University Community Service Center-led Engage Chicago Orientation Week event on October 1, more than 1,900 incoming UChicago students got a chance to hear from and speak to local community leaders directly about ways they can make an impact through civic engagement.

This is the second year all incoming undergraduate students have been asked to take part in the annual Engage Chicago event. Because of safety restrictions related to the ongoing pandemic, event organizers this year had to get creative. Instead of dedicating a day to in-person community service in neighborhoods around the city, students watched a video featuring local leaders sharing their advice on how to be a good ambassador for the University and learn from South Side neighborhoods, before reflecting on the city of Chicago and civic issues with other community leaders and fellow students in break-out rooms.

Participating leaders included Lt. Governor and South Side native Juliana Stratton, Cook County Board President and UChicago alum Toni Preckwinkle, Aldermen Leslie Hairston and Jeanette Taylor, WBEZ Chief Content Officer and Interim CEO Steve Edwards, global public artist Rahmaan Statik, and representatives from community-based organizations such as Southside Together Organizing for Power (STOP), StoryCatchers, and the Chicago Urban League, among others. Conversations were meant to help students understand how they can engage the city, particularly during these unprecedented times of social, political, and economic global unrest.

"Most students entering the University of Chicago are not from Chicago. It is my mission to create opportunities for meaningful connection between students and Chicagoans,” Kafi Moragne-Patterson, director of student civic education and the University Community Service Center, said. “These opportunities offer space for students to practice entering communities, virtually or in-person, with respect and the spirit of reflection, and to contribute to our shared community on the South Side. Community engagement in a virtual world is possible for those who value it, and this programmatic effort demonstrates that."

“While Orientation looks a lot different this year, the University remains committed to introducing new students to the vibrancy that is the city of Chicago and the people who call it home, particularly our neighbors on the South Side,” Régine Desruisseaux Enuson, deputy dean of students in the College, said. “Engage Chicago is a unique opportunity to introduce students to the community-based organizations, causes, and leaders doing critical work locally; for those groups and leaders to meet the newest members of our College community; and for igniting meaningful passions and partnerships that can make a positive impact on our shared city for years to come.”

Students were assigned to multiple Zoom break-out rooms during the event based on their areas of interest, conversing with a total of more than 70 community leaders, 70 University staff facilitators, and 35 student leaders covering topics from social and environmental justice to arts and culture, education, and government relations. 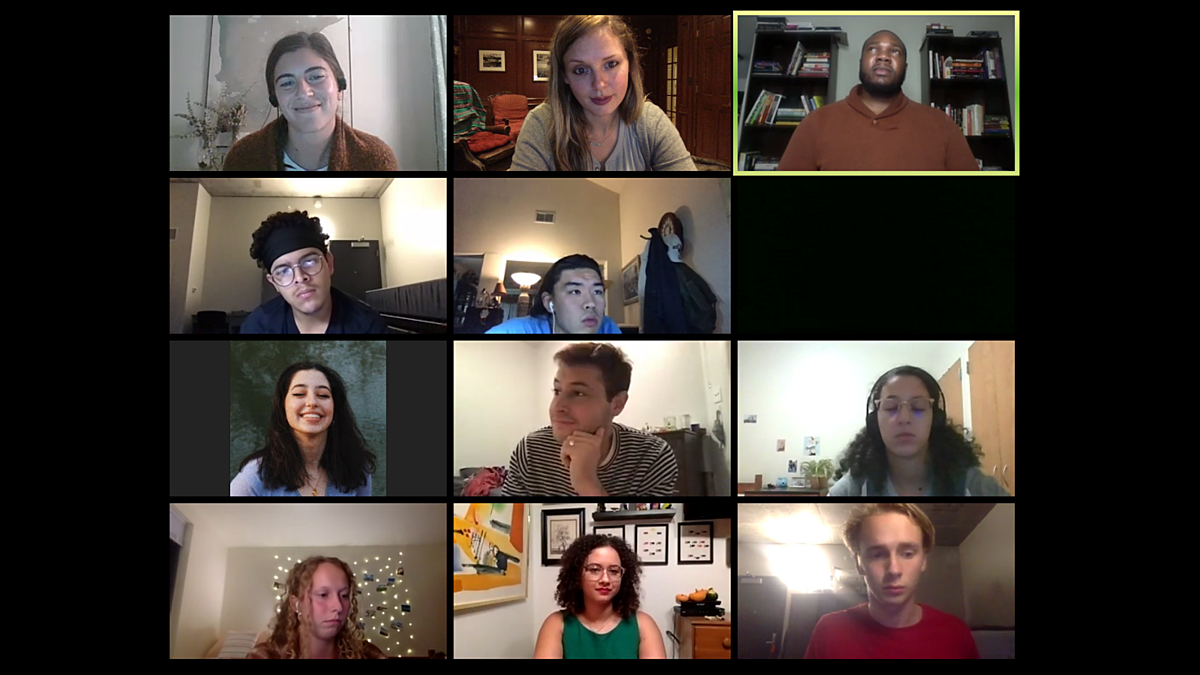 University of Chicago first-year Charlotte Duty, a Connecticut native, was one of about 40 students who took part in a discussion with two Chicago media professionals about civic engagement as it relates to journalism and social media.

“The event demonstrated the importance for College students, especially ones like me who are from out of state, to learn about the community they get the privilege to be a part of and that engaging with the community is accessible to all students,” Duty said. “A topic that really stuck with me was that one of the most important ways to engage in the community is to actually immerse yourself in it. The panelists explained the importance of exploring the city beyond campus borders. And the significance of having conversations with community members and engaging in community events, even if it is something as simple as attending the weekly farmer's market. The best way to learn about a community is from the members of that community.”

Derrick Fleming, managing director of college access at local nonprofit Chicago Scholars, says he was excited to take part in Engage Chicago this year because it was a local Chicago leader that inspired him onto his path of public service and he wants to pay that inspiration forward. The students in Fleming’s break-out room spoke about topics related to emerging leaders in grassroots activism. The experience and conversation, Fleming said, could be summed up in one word: “Amazing.”

“We talked about the importance of getting to know Chicago for yourself and not believing everything the media says about Chicago. We talked about the intersection of race and social responsibility. We talked about time management and emotional intelligence. We talked about knowing your ‘why’ for existing,” Fleming said. “We ended talking about how important it is to get to know the heart of the city, the people in your local communities, and the community in which you live and/or go to school. Don’t just exist in Chicago, be a part of Chicago.” 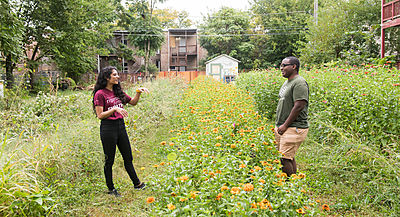 Each year, the Metcalf Program provides UChicago College students with more than 3,000 substantive, paid internships all over the world. This year, the University has expanded virtual internship opportunities to support both students and employers during the COVID-19 pandemic. 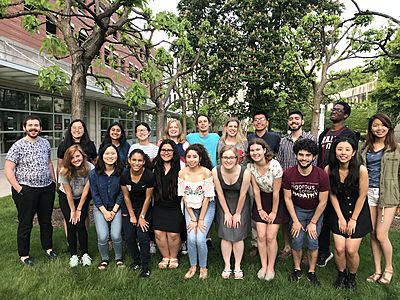 Apply through October 5th to be part of the UCSC's year-long civic engagement leadership development program. 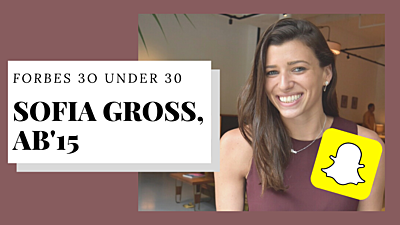 Changing the world one snap at a time: an alumna’s path to career success

How does someone go from contemplating the ideal society in Sosc class to overseeing civic engagement for one of the world’s most popular social media platforms? For Gross, it began when she knocked on the door of the College Admissions office at UChicago.