In an unequal America, what should public safety look like? 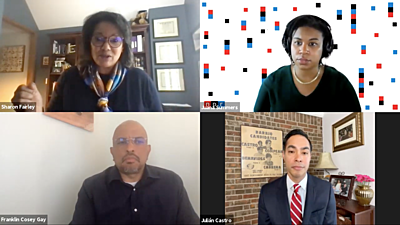 Cities across America need to commit significant financial resources to address the systemic challenges facing Black and brown communities to create more equitable and safer neighborhoods for all residents, according to University of Chicago experts and former Housing and Urban Development Secretary Julián Castro.

In a recent event hosted by the UChicago Urban Network, Castro spoke with UChicago scholars Sharon Fairley (Law School) and Franklin Cosey-Gay (Crown Family School) discussing how to build trust and equity in historically disadvantaged communities. Doing so, they said, will require a combination of approaches, including civilian police oversight and reform, public health-centered approaches to violence prevention and ending segregated housing policies and practices.

“We have to be better about investing in those neighborhoods that have been written off for too long because they are Black or because they are brown and build them up for the benefit of the people who live there,” said Castro, a former U.S. presidential candidate. “I wouldn’t give any city in America an A-plus when it comes to doing those things. Until we connect policy dots … you’re going to see this inequality continuing to grow and the life prospects of people who would have wonderful potential to not be met.” 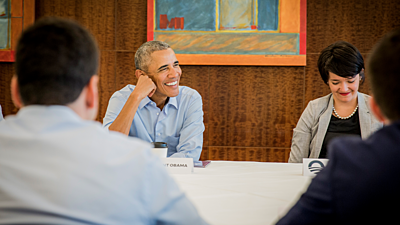 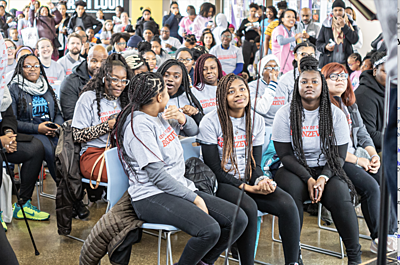 Disinvestment, poverty, educational disparities, and health inequities caused by systemic racism have taken a heavy toll on the Chicago communities that are disproportionately affected by violence. The Chicago Center for Youth Violence Prevention, based at the UChicago Crown Family School of Social Work, Policy, and Practice, is collaborating closely with a Bronzeville community organization to take on this multifaceted issue. 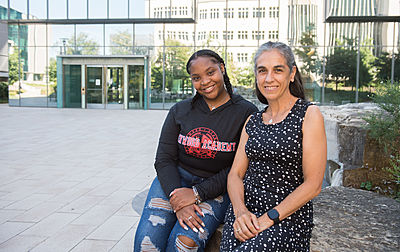 The new Youth Internship Program is the latest UChicago initiative designed to support the development of skills critical for college, career, and life success