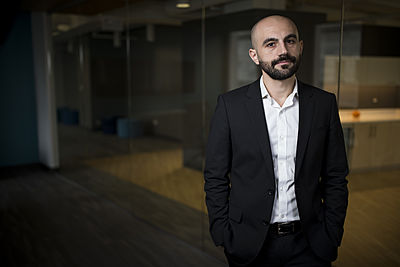 Over the next few weeks, the City of Chicago is accepting applications to one of the most ambitious guaranteed income programs in the United States.

The Chicago Resilient Communities Pilot will distribute more than $30 million to 5,000 low-income Chicago households that experienced economic hardship during the COVID-19 pandemic. That’s $500 per month for one year, no strings attached. Priority will be given to households living at or below 100% of the Federal Poverty Level.

And the University of Chicago Inclusive Economy Lab, based at the Harris School of Public Policy, will evaluate how all of it worked, suggest improvements, and share the program’s impact in participants’ own words.

“One of the really great things about this program is that it’s very large and ambitious—the largest guaranteed income pilot in the country in terms of participants,” said Carmelo Barbaro, IEL Executive Director. “That will allow us to speak with much more precision and confidence to questions about who benefits the most or how people might benefit differently from participating.”

The Resilient Communities Pilot application period opened April 25 and will continue until midnight, May 13. Participants will be selected randomly and notified by the end of May.

In this Q & A, Barbaro discusses how the lab became involved, the perhaps surprising fact that UChicago Nobel laureate Milton Friedman was a proponent of similar policies and that opponents and advocates of the strategy both think the existing research supports their positions.

Why did the city reach out to the Lab to partner on this project and what specific role will the Inclusive Economy Lab play in the pilot?

We’ve had informal conversations with the city about a guaranteed income program for months, which were an extension of our relationships and partnerships with a variety of city departments on a range of research projects. All of those aim to understand how local, state, and federal policy can expand economic opportunity, particularly in neighborhoods on the South and West sides that have had their opportunities constrained historically.

With the pilot, the city is committed to three objectives: understanding how this infusion of cash benefits program participants, their families, and their communities; giving those folks an opportunity to share their experiences in their own words; and identifying ways to strengthen the delivery of these programs in the future.

So, we've designed a comprehensive research program that will answer those categories of questions with the support of a national team of faculty at different institutions, as well as the Inclusive Economy Lab staff.

What distinguishes the Chicago Resilient Communities Pilot from other universal basic income programs?

A number of programs or program models exist that are slightly different, but that often get lumped together.

Guaranteed income, which is how I would classify this program, is different mainly in that it doesn't claim to be universal. So, it could be focused on specific or populations that we think might particularly benefit. It's not necessarily going to be universal, but it is providing unrestricted, unconditional, regular support.

The concept of basic income has been talked about for some time. Milton Friedman was a proponent, starting as early as 1962. Where did the concept originate and why has it become more widely accepted in recent years?

The idea of giving people some sort of a minimum income to survive on has been batted around going back centuries. I think Milton Friedman often is cited because his support for this idea is kind of counterintuitive. He's a leading economist often associated with some of the more conservative economic approaches of the 1960s and 70s. There are some nuances—what Milton Friedman was advocating for was a negative income tax, where if you worked more, the amount of support from the government would actually decrease over time. Some of those policy design considerations do make a difference in the real world. But the idea that the best way to support people is to give them cash and get out of the way is something that has had appeal to both the left and the right.

The reasons interest in these programs is on the rise may come down to three things: inequality, automation, and issues with existing safety net programs.

The growth in income and wealth inequality in the United States is very well documented, and there’s a growing sense that—particularly with housing, health care and education costs increasing and outpacing wage gains—some other approach beyond just asking people to work is necessary to have a more inclusive society, where people can really lead lives of meaning and fully participate. There's also just the recognition that a lot of people who work are struggling to make ends meet.

The idea also has received additional cachet recently through the belief that the pace of automation is going to increase in the coming years and that a lot of economic dislocation will occur until people retrain or find other forms of work. Some believe that additional support in the form of unrestricted cash could ease the transition.

Lastly, I think with each passing year, the shortcomings of our existing safety net programs become better and better documented—the degree to which application processes are made needlessly complex, the degree to which government restrictions placed on what you're allowed to spend money on sometimes leave glaring holes, like mothers not being able to secure diapers for their kids.

In addition to the lab, other partners in the pilot are the Chicago Department of Family & Support Services, GiveDirectly, and YWCA of Metropolitan Chicago. What are their roles?

The Department of Family and Support services is providing the funding and GiveDirectly, as the lead program administrator, will determine which applicants meet eligibility requirements and place those names in a lottery. GiveDirectly also is responsible for making the payments and making sure that program participants receive them on time, have a good experience, get questions answered, that sort of thing.

The YWCA of Metropolitan Chicago is leading a coalition of partners encouraging Chicagoans to apply to the program, particularly residents who might struggle to obtain the required documentation, or who have questions about their eligibility for the program. The YWCA will ensure that the program is broadly accessible to everybody who's eligible.

Are you able to share any insight on whether guaranteed basic income works? Is it too early to draw meaningful conclusions?

One of the things I find so interesting about working in this space is that people who are ardent supporters of guaranteed income and people who are deeply opposed are all equally convinced that tons of research backs up their position. And I think that's exactly the context in which having an objective, third party evaluator can be really helpful and can help advance a conversation.

I would say that there are still more questions than answers. Some studies of analogous policies like the Alaska Permanent Fund have shed light on some questions, for example, if people are less likely to work when they get those kinds of support. At least in Alaska, it didn't seem to have an impact on whether people chose to work. Now, the Alaskan Permanent Fund payments are much smaller than the City of Chicago’s, so things might look a little different here.

I also sense a public narrative that people will use the funding to do nefarious things. From the pilots done thus far, there's really no evidence of that.

Beyond that, studies of analogous programs have shown benefits in health, certainly in terms of mental health, educational attainment, and housing stability. So, I think support exists for the idea that this will benefit Chicago residents on some dimensions. But the questions of how this benefits residents, if everyone benefits equally or if the city should consider doing something more targeted in the future—whether it should support mothers of young children, or individuals who are currently housing unstable—those are the sorts of questions that additional research can really help to shed some light on.

What do you find particularly exciting or intriguing about the Resilient Communities Pilot?

By designing something that is so ambitious and committing to doing a really rigorous evaluation, Chicago has the potential to inform the national conversation around the design of policies of this type and bring a level of nuance to those discussions that I think is warranted, given the gravity of the challenges that people are facing, but also the potential price tag of a policy like this. It deserves nuance. And I think the city is really, excitingly, in a leadership position on that.

I’m also very enthusiastic about the role that the Crown Family School will play. Under the direction of Shantá R. Robinson, they’re going to employ Crown grad students to handle questions from participants, help interview them and pilot staff and collect important research for how we might improve the pilot. Crown also is planning to host public conversations that’ll feature thought leaders on the topic of guaranteed income. All in all, it should fortify our work and be an incredibly valuable experience for students.

The Resilient Communities Pilot is one of several collaborations between the Lab and City of Chicago that focus on strengthening local government. Can you provide other recent, noteworthy examples?

We have existing relationships with, for example, the city's Department of Housing and Department of Family & Support Services, and then agencies like the Chicago Public Schools and City Colleges. We work closely with those organizations to conduct rigorous research, answering questions useful to policymakers, often of an evaluative nature.

Two of the more recent examples I’d point to are a research report we released last August in partnership with Chicago Public Schools that helps the district better understand how widespread homelessness was among Chicago Public School students as well as how it impacted students. That research also helped lift some promising strategies for supporting the students to stay engaged in school.

We’ve also done a lot of work with the city around its COVID-19 response, particularly the use of cash assistance as a strategy for preventing evictions and supporting housing stability. Our work there includes determining ways to improve the application and eligibility verification process, so the city wasn’t inadvertently excluding eligible Chicagoans.

What do you hope to have achieved by the end of the Lab’s participation?

As a researcher, the most important thing to me is that we understand whether the program benefited Chicagoans and that that information is put in the hands of people who can make sound decisions. It's certainly my hope that this will benefit Chicagoans and that the city, state and federal government will make smarter decisions about how to support hardworking Chicagoans in achieving their goals using the results of this study. But, exactly what that will look like, only time will tell. 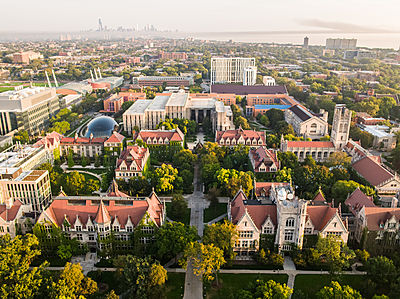 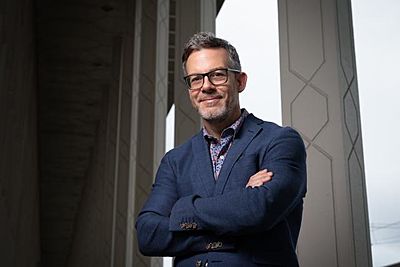 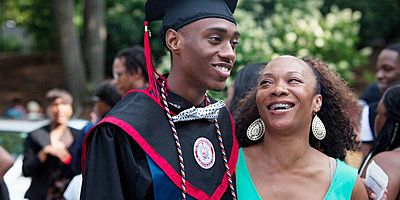