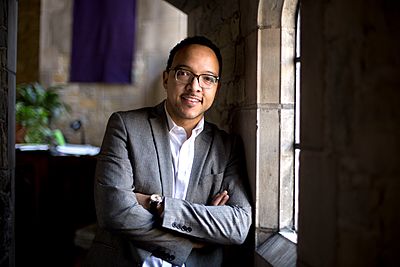 When the University of Chicago Medicine announced plans in early 2022 to build a $663 million cancer center, one group of twenty South Side neighbors was already in the know — and already providing input on strategies for designing the center's programs with health equity and community benefit in mind.

The Community Advisory Council (CAC), made up of civic and faith leaders who live and/or work in the neighborhoods near campus, advises UChicago Medicine on effective ways to meet the community's health needs. Members include representatives of nonprofits such as Southside Together Organizing for Power (STOP), Alliance of the SouthEast, and Chicago Hyde Park Village, as well as Bright Star Church and other organizations important to the community.

The next phase of the work

The CAC was born out of a contentious period. For two decades, South Side activists had pressed the University to open a Level I adult trauma center on campus, a campaign that intensified in 2010.

After engaging with community members on the issue, UChicago Medicine announced plans for a trauma center in late 2015. The plans included the establishment of an advisory council to help shape the hospital's approach to the needs prioritized by the community.

Many council members are among the activists who pushed for the creation of the trauma center.

Inaugural members at the CAC's 2016 launch included Rev. Julian DeShazier, senior pastor of University Church, who played an integral role in brokering trauma center discussions between the community and the University and now chairs the council. "When the decision to open the trauma center was made, it didn't feel like that work was over," he said. "UChicago Medicine didn't need a group of people in the community to report to about what they were doing — rather, they needed people to work with to shape the direction. That's who we are as a council."

Council members quickly created the CAC's operating guidelines and established working groups focused on the most pressing issues identified by the community: adult health, specifically diabetes and cancer; maternal and child health, including asthma, obesity, and HIV/STIs in mothers and children; and trauma care and violence prevention. The group also frequently asks more than a dozen subject matter experts from the community to contribute to the working groups.

The council's trauma care and violence prevention working group has helped shape a comprehensive, integrated program to break the cycle of gun violence on the South Side. In fact, their input had an immediate, significant impact, said Leif Elsmo, executive director of UChicago Medicine's community and external affairs.

During planning for the trauma center, UChicago Medicine was developing an initiative to award grants to community-based organizations operating violence-prevention programming for youth. But the CAC convinced the hospital to speed up the process.

"When we announced the trauma center, it wasn't going to open for another eighteen months," Elsmo said. "But the council told us, 'it's about to be summer, and violence always spikes in the summer. We need to do something around violence prevention now.'"

Born in Washington Park and a graduate of the UChicago Divinity School, DeShazier knows both the community and the University from the inside. CAC members were "living in these streets where the effects of violence are being felt," DeShazier said, "while [the UChicago Medicine team] was working on a plan using the rigorous critical method that the University is known for.

"But it took a different group of people in the room, who needed to go home at night and deal with what was going on in their neighborhoods, to make them understand that a one- to two-year rollout wasn't going to work. We said, ‘let's take what we know, try to do some good with it, and not increase the harm that's already happening.’"

The council's input meant that by early 2017, UChicago Medicine had begun funding “rapid-cycle” grants for violence prevention, intervention, and recovery. The grants are named for the expedited application process that ensures funds are available to organizations by the beginning of summer.

"We were all blown away when we met in October and these organizations came forward to talk about what the grants had allowed them to do that they wouldn't have been able to do otherwise," said DeShazier. "That set the tone for all the rest of the work: We can have impact."

The grant program has grown into Southland RISE, a collaborative launched in 2019 by UChicago Medicine and Advocate Health Care to strengthen and integrate existing violence recovery and trauma care services throughout the South Side and across the south suburbs.

Through 2021, more than $350,000 in rapid-cycle grants had been awarded to 30 organizations. Throughout, the CAC has played a key role in community outreach, vetting grant applications, awarding grants, and building an ecosystem of community-based organizations that connect with the University. "We've received applications from nearly 200 groups in the community, including many whose work we may not have known about — but now we do, and now we have those relationships," Elsmo said.

For DeShazier, the story of the rapid-cycle grants encapsulates the CAC's value to UChicago Medicine. "It showed our ability to have a voice at the table that's meaningful — that doesn't just rubber-stamp, but actually helps shape ideas, and sometimes shuts down ideas that won't work," he said. Elsmo agrees: "It's not always easy conversations" between the CAC and UChicago Medicine. "We're held to certain standards by the council — and that's important."

"Bringing us in early, saying, 'hey, this is what we're thinking about doing, can you talk to us about it?' has created a different dynamic in the relationship" between UChicago Medicine and the community, according to DeShazier. Thanks to those conversations, the CAC's impact can be seen all over UChicago Medicine:

DeShazier says that the broad range of solutions proposed and developed in the partnership between the CAC and UChicago Medicine have one overarching goal: addressing the significant gap in life expectancy between the South Side and other parts of the city. While residents of Streeterville north of the Loop have a life expectancy of 90 years, life expectancy drops to just 60 years for residents of Englewood, nine miles south.

"Whatever we can do, we want to do to help drive that life expectancy up," he says, "as well as lifting up the organizations that are doing the work around that goal. My hope is that we continue to be a trusted voice among many that the University will continue to reach out to." 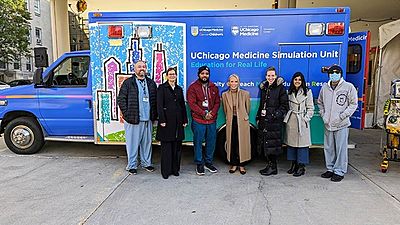 The University of Chicago Medicine’s Simulation Center and Comer Children's Hospital recently unveiled the UChicago Medicine Simulation Mobile Unit, a refurbished ambulance that will be used for many different types of training. 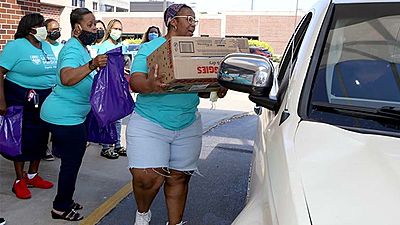 At this year's Drive-Thru Baby Shower, organized by UChicago Medicine in partnership with the Family Christian Health Center, 120 families received bags filled with diapers, wipes, clothing and other supplies, along with educational materials on prenatal and maternal health. 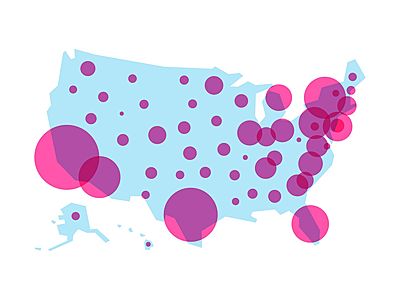 Epidemiologists from UChicagoMed, UChicagoPME and Argonne are leading a group of six institutions looking to build off-the-shelf tools and expertise that can support public health officials in responding to the next pandemic.