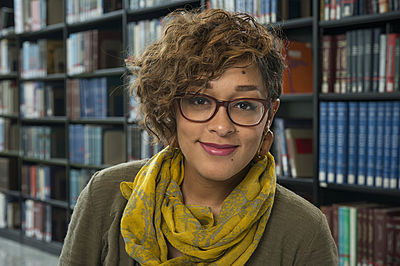 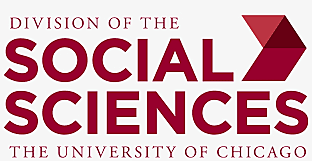 Professor Ewing draws upon empirical evidence, archival sources, and artistic production to construct a critical imaginary theorizing Black life in the United States at the intersections of history and possibility, with a particular interest in the lives of young people and in schools as sites of ideological production.

Dr. Eve Louise Ewing is a sociologist of education whose research is focused on racism, social inequality, and urban policy, and the impact of these forces on American public schools and the lives of young people. Professor Ewing draws upon empirical evidence, archival sources, and artistic production to construct a critical imaginary theorizing Black life in the United States at the intersections of history and possibility, with a particular interest in the lives of young people and in schools as sites of ideological production. Her book Ghosts in the Schoolyard: Racism & School Closings on Chicago's South Side explores the relationship between the closing of public schools and the structural history of race and racism in Chicago's Bronzeville community.

Ewing is a prolific writer across multiple genres. Her first collection of poetry, essays, and visual art, Electric Arches, was published by Haymarket Books in 2017. Her second collection, 1919, tells the story of the race riot that rocked Chicago in the summer of that year. Her first book for elementary readers, Maya and the Robot, was published by Kokila, an imprint of Penguin Young Readers. Currently she is working on her next book, Original Sins: The (Mis)education of Black and Native Children and the Construction fo American Racism, which will be published by One World.

Her work has been published in many venues, including The New Yorker, The New York Times, The Atlantic, The Nation, Vanity Fair, The Washington Post, The New Republic, and Poetry Magazine. With Nate Marshall, she co-wrote the play No Blue Memories: The Life of Gwendolyn Brooks, produced by Manual Cinema and commissioned by the Poetry Foundation. She has written several projects for Marvel Comics, most notably the Ironheart series. Her working partnership with Nate operates under the banner of Crescendo Literary, through which they develop community-engaged arts events and educational resources as a form of cultural organizing.

Dr. Ewing has been an educator in both school and community-based settings, including Chicago Public Schools, After School Matters, Harvard University, and Wellesley College. At the University of Chicago, she teaches courses on race and education for undergraduate and graduate students. She is also an instructor for the Prison + Neighborhood Art Project, a visual arts and humanities project that connects teaching artists and scholars to men at Stateville Maximum Security Prison through classes, workshops and guest lectures.

Born and raised in the Logan Square community of Chicago, she is a proud alumna of Chicago Public Schools. She completed her doctorate at the Harvard Graduate School of Education. Prior to that, she received an undergraduate degree with honors in English Language & Literature from the University of Chicago, with a focus on African-American literature of the twentieth century. She also holds an MAT in Elementary Education from Dominican University and an M.Ed in Education Policy and Management from Harvard. She loves her family and friends, videogames, cartoons, traveling, reading, and food (especially fried chicken and carne asada tacos).